Angel Maker is a first person horror game which is set in Copenhagen in 1916. The game is loosely based on the story of Dagmar Johanne Amalie Overby one of the most notorious serial killers in the history of Denmark. She would adopt and take care of unwanted children from the ones who could pay for it and would then kill the children and make up excuses for their sudden disappearance. For these terrible acts of cruelty she was given the name "Englemagersken" (The Angel Maker).

The player finds themselves in the role of Dagmars handyman who has been given the opportunity to to assist Dagmar in her everyday needs and simple tasks, unknowing of the horrors that take place in her home. The player must solve puzzles and look for clues to uncover what transpires around them and uncover the truth of Dagmars crimes.

The game was made in three months time as a bachelors project at The Royal Danish Academy (KADK) for the Game & Interaction design program in 2019.  There are currently no plans to make any further updates. The project explores the use of non-Euclidean level design and what effect it has on the player experience.

Hello!Your project look very interesting. One question: does this game have jumpscares?

This game was a VERY GOOD prototype, it had me on edge the whole time! Give my video a watch and you'll see what I mean. Keep up the awesome work, this game is so unique!

The puzzles were really fun and intuitive. The way you handled them with the projector and different worlds as wella s add scares in a PT way was really, really well done and I was super impressed. The stories was told pretty well too, and yea, overall a really fun and spooky game with a great atmosphere and environment. (In a rush and I want to write more about the game as it's actually so really good and cannot wait for more, but yeah. It was super good and really impressed me!)

Reply
A. Christian Larsson5 days ago

that’s a shame, can you be more specific? Might be on itch.io side if the download does not start, or maybe it is your anti-virus?

Hope the issue can be solved

I get the error message, "cannot read property build of undefined". Will try through my browser

Wow, fantastic prototype so far! I really like the concept of the projector and doors. I would love to see the full release of the game. It had just about the right levels of darkness and light. I would increase text size for the notes. (In the video I boosted it about twice the size) I want to know more about the crimes of Dagmar.

A beautiful game. Loved the atmosphere.

It's a shame there won't be updates. I love the idea of exploring real historical murders in a supernatural context.

I had an absolute blast with this one. The puzzles were amazing and while there wasn't much horror I am sure there will be in the future! I can't wait for more!

amazing and terrifing, easily could have a squeal, or maybe a prequel. 9/10

hi, big thx for the game. greetings from rosti 😁

Love the eerie atmosphere. Can't wait for the full game

Only downside was the mouse sensitivity. It was extremely low.
Other than that, there was nothing to complain about. The assets are well made and the SFX was spot on.
As a Dane, I already knew about this awful story, but not in details. It’s a cool idea to build a game around that story.
I can’t wait to see, what you make from it. Keep it up.
Cheers

The atmosphere here is phenomenal! Also loved the little Silent Hill nod near the end. And some of the ways the world changed were as cool as they were creative. Very cool game!

Recorded a playthrough of it.

Wow! It is awesome. I also made a horror game but man your is really good.

(Now little bit of self promotion)

Check out my game as well, it was made for a game jam, so there may be a few bugs but I will update them.

Here is the link:

I think this has potential; a lot of it. It looks great, and there are little details that make the house feel lived in. I especially enjoyed the themed keys a la Resident Evil. I also enjoyed the puzzles; nothing too easy or too difficult, but enjoyable enough to remain engaged.

Given that this is a prototype, it’s hard to fault it, but assuming you go forward, a few suggestions to smooth out gameplay. Some may disagree, but it’s too difficult for me to engage in a story told through notes if the text is too small to read. In addition, unless there is a gameplay reason for clicking on doors twice, I’d remove it. Since it’s so early, there may be a good reason to only partially open doors, but as it is, it only served to slow gameplay down.

I was hoping for more horror, but there was one moment in the prototype that made me a bit nervous. If you turn this into a game, I think your ideas on how to spook the player will serve your game well.

I was hoping for more scary moments and storytelling, but then I realized that it was a prototype demo. Keep going. Would love to see updates on this. Loved the sound of the game!

Really enjoyed this game. Loved how its based upon a true crime, there is so much potential with this game. Cannot wait to see if you dive into this further to make it a longer version (cos that would be awesome) or even if you did another one. Those sounds really got me as well, proper creepy. Great work!
Here's my gameplay below :) x

Reply
A. Christian Larsson36 days ago

Thank you so much, I’m glad you enjoyed it. And thanks for the feedback, it’s always appreciated.  :)

This game's pretty cool. And creepy. It reminded me of P.T. at times. I hope there will be a sequel one day, or more of this one. Nice job!

Reply
A. Christian Larsson36 days ago(+1)

Thank you so much. I’m glad you enjoyed it. That is also a sweet mask you have there :)

Hello, I played this game and I really enjoyed it, in this prototype demo it felt more like a puzzle game but I really liked the creepy environment, the sound effects were also great, good work :)

Reply
A. Christian Larsson36 days ago

Thank you so much :) 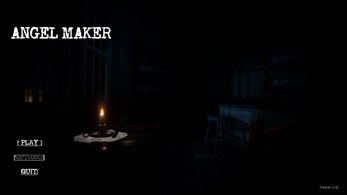 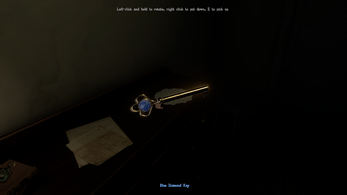 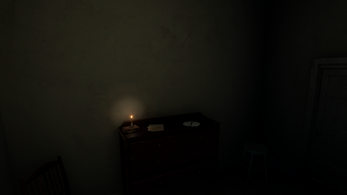 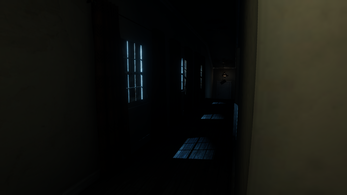 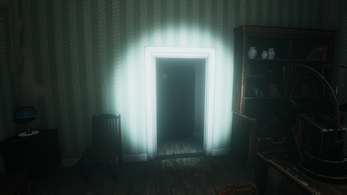